What if you could go to a beer event and try amazing beers, find out about industry trends & issues and talk to some of the biggest names in California beer?

I don’t know about you, but this is the kind of beer event that gets me hyped. Having gone to all the previous California Craft Beer Summits, I’m excited about this year’s summit.

3 days of activities including 28+ educational seminars, an expo where you can talk to manufacturers, suppliers, and vendors while sampling beer from all over California. And it’s that’s not enough there are Food and beer pairings and the summit ends with a beer festival on the State Capitol featuring 160 California breweries.

Check it out, I tell me you don’t think it’s a great event. California Craft Beer Summit!

Did someone say IPA!

I don’t always need a reason to hit up a local brewery, but I had a homebrew session planned and wanted to pick up a “To Go” can of a beer to end my brew day.

Kings Brewing in Rancho Cucamonga was my choice.

Southern California is a hot bed for new breweries, and the IE is no exception. No brewery I have found of late is doing as much with IPAs and hop forward beers as Kings Brewing in Rancho Cucamonga. 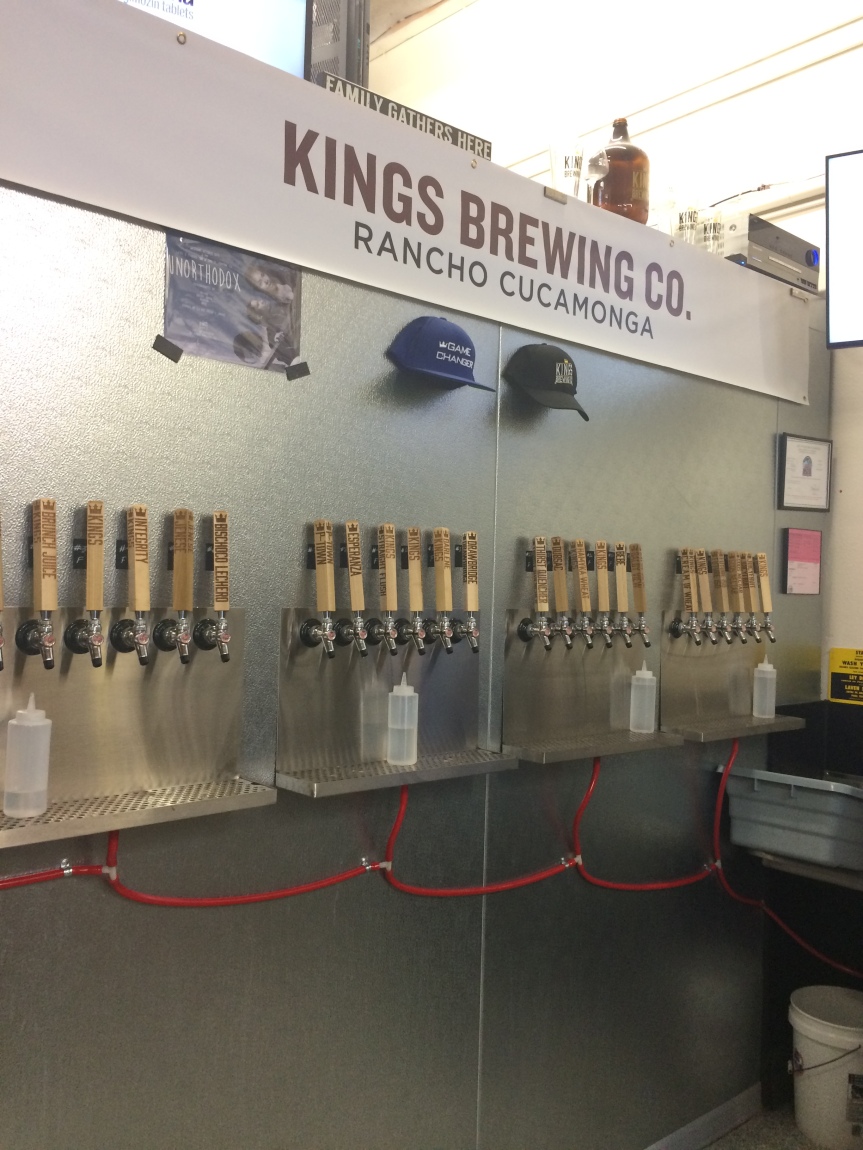 Kings Brewing is located in a generic business park, like so many new breweries. They brew on a 6 bbl system and had an impressive 24 beers on tap on my last visit, with a promise of 2 more in the coming days. From of the 24 beers, 10 were either IPAs or DIPAs. The 6 beers I sampled this day covered the IPA style guidelines. From the P-Town Prince IPA, a West Coast IPA true to form. Major bitterness, crisp and finished extremely dry. A great example of what defines the West Coast IPA. To Juice Bomb a 6.7 ABV Vermont style IPA that was both juicy (by name) and cloudy. From my experience, Kings Juice Bomb was just a tad more bitter than it’s North/Eastern US counterparts. 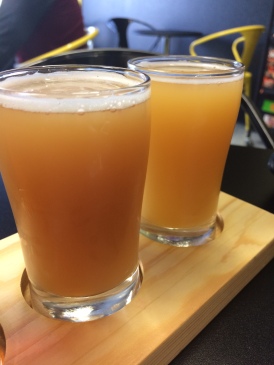 Whatever your go-to IPA style is, Kings brews it; hop forward – malt forward – big bitterness – heavy dry hopping. They even have a green tinged IPA named Game Changer, they choose not to share their secret ingredient.

With the heavy IPA tap list you might think these guys were a one beer style brewery, but this is far from correct. One of the of the best beers I sampled was their Kings Brunch Stout. A 6% ABV Oatmeal Stout that had a massive chocolate milk in both flavor and aroma, but not overly sweet, very well done.

Over the past few months I’ve visited Kings Brewing 3 times, and each time impressed with the selection and quality of the beer.  The staff behind the bar is also great, friendly and provides quick service.

While Kings tap list is impressive right now, they got barrels. I don’t know the details, but from what I understand Kings will be rolling out barrel aged beers, both sour and bourbon.  Something to look forward to for sure.